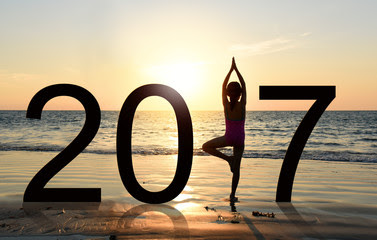 Here we are again. At the end of another year, and a new year is on the horizon. Heaven knows 2016 has been a bumpy ride from a crazy election season and numerous notable deaths to hurricanes and floods, I feel certain most of us are more than ready to bid farewell to 2016! In any event, with the new year comes those New Year’s resolutions…sigh.
Almost every year the statistics remain the same; of the estimated 45 percent of Americans who make New Year’s resolutions each January, only about eight percent are successful. Weight loss and exercise are consistently on the top of the resolution list each year, and as anyone who has ever worked in a fitness center can tell you, folks are beating down the doors in January, but by February it’s back to business as usual.
So why is it that resolution makers consistently fail in their efforts? Here are a few ideas on the subject:
·        Too many goals: If you’re serious about making a change, be specific. For example, if you want to take better care of your health (i.e. eat right, quit smoking, exercise more), it might be best to start with one of these, and once that goal has been achieved, move on to the next.
·        Overdoing it: Trying to do too much at once may lead to failure. Say your resolution is to run a marathon in 2017. If you haven’t been running long distances before, chances are you’re not going to be able to put in several miles your first run. Not to mention, you will probably be too sore after the first day to go back the next. Start slow and build up to your goal.
·        Unrealistic goals: Setting unrealistic goals will sabotage aspirations quickly. For example, if your resolution is to save money in 2017, don’t set a monthly or weekly goal that you know is not attainable. Start small with a goal of $10-$20 a week, and then if you can do more…great!
·        Giving up too easily: So, you’re a week into 2017 and you fall off the wagon, it’s okay! Get back up and try again. You are bound to slip up. Don’t give up just because you have one bad day or even one bad week.
Bottom line, slow and steady wins the race. Don’t be too hard on yourself. Making life changes can be hard for all of us. Give yourself room for error, but be sure and hold yourself accountable, also.
Additionally, I would like to get rid of the word “resolutions” altogether. For 2017 I have goals, not resolutions. For me that means I am not saying I am positively going to do these things, but rather I intend to try. In my opinion, instead of making resolutions, we should all just resolve to try something new. Whether it’s trying a new activity that may benefit our health and fitness, trying to give up something that may not be good for us, or just trying to learn something new in general.
Whatever your aspirations for 2017 may be, I wish you the best—here’s to a GREAT New Year!
Christi Wickliffe-Bessinger
Advertising & Marketing Manager
Garden City Realty, Inc.