Before you opened this, you were probably thinking this is another blog about the cruelty of Valentine’s Day for singles and the annoyance of watching others get bitten by the love bug. On the contrary, this blog won’t include Valentine’s Day bashing or praising. I’m writing this to shed some light on the true meaning of Valentine’s Day. But feel free to pre-order your flowers and chocolates because those are important too.

We were all taught the same definition of Valentine’s Day and how to go about celebrating it. Some celebrate with love letters and cards to their sweethearts. Some make reservations in advance at restaurants that would be impossible to afford on any other day. And some drown their loneliness in anything chocolate flavored – candy, ice-cream, vodka. However you choose to recognize this still-have-to-go-to-work holiday, here is a little insight into its true meaning.

St. Valentine, a Roman Catholic priest, had a firm belief in true love and the importance and sanctity of marriage. However, the emperor at that time believed that his soldiers that were not married were much more useful and focused on their duties because they did not have a spouse or children to worry about. St. Valentine saw this as absurd and continued to marry couples in secret, ultimately leading to his beheaded demise on February 14th.

Valentine’s Day has long been about the celebration of love and compassion. It has also been a tough reminder to those who simply have nothing to celebrate because of loss or heartache. It is amazing that one day has such an affect on our feelings. You often wonder about those who don’t have anyone at all; no family or friends to announce their love to. You also wonder if those couples who do announce their love and choose to do so in public, have any shame. But if we can believe that Valentine’s Day isn’t even about announcing one’s love, can we save such a holiday for those who ultimately hate it?

Perhaps Valentine’s Day has a completely different meaning that we somehow were blinded by what we were taught during our adolescent years. We enjoyed getting store bought valentines and candy from friends. We enjoyed creating heart-shaped paper cards in arts and crafts. We learned that Valentine’s Day should simply be about the act of sending and receiving gifts.

If we look back at what St. Valentine did for couples in love, we can see another message here. He might have been a sucker for love, like many are today, but he also believed in doing what he thought was right. He wanted those in love to be able to make it official and share it with the world. He wanted people to not be afraid of their love and to embrace its entirety.

Furthermore, Valentine’s Day wasn’t only founded on the act of love. It was created because a man named St. Valentine believed in what love represented and thought everyone should be given the chance to celebrate it. His demise was a result of defending his beliefs and knowing that the reward was worth the consequence.

As Valentine’s Day approaches, will you “stop in the name of Love?” Whether you’re sulking with friends on Single’s Awareness Day or cuddling with your sweetheart on Valentine’s Day, we can all appreciate what this day represents. The freedom to choose.

How will you spend your Valentine’s Day? 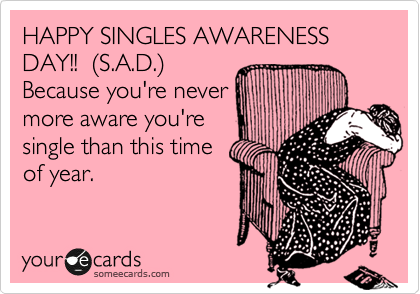